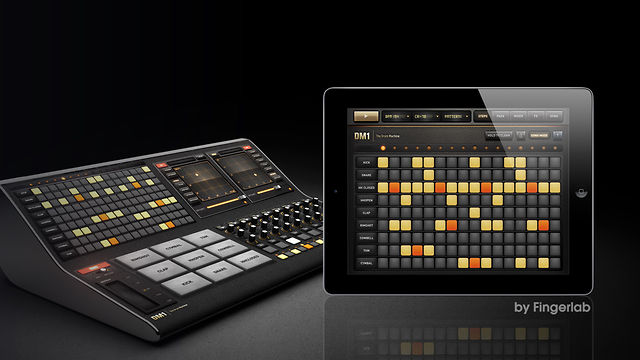 When it comes to being stuck in the office, there are a lot of apps out there like Pandora and Spotify for listening to great music. The ease of which you can now find something to listen to is spectacular. But what if you are an artist that is short on time, maybe works a day job, and needs to promote themselves badly? We will look quickly at some of the key offerings now available for indie artists, and how they can streamline your productivity. It’s also possible to have tons of fun while doing this, which is why you probably started jamming with a band in the first place.

For the iPad, there are a number of tools that help with the creation and collaboration process. We’ll start with one of the largest yet most powerful; Garageband is a true midi interface that is considered by many as the best true “studio”. Someone we talked to in LA said that his favorite aspect of the application was actually being able to jam with bandmates over Bluetooth or wi-fi network, and record it all into the same iPad; invaluable for long distance scenarios. There is also “DM1”; an excellent drum machine that for only 5 dollars has tons of functionality and a sequencer/composer.

Part of the beauty of these apps is the streamlined nature of production; just a few years ago they would have cost much more. When an indie musician thinks about apps, eventually they begin wondering about tracking their online stats, without making a lot of lengthy trips to other website. Now more than ever it is essential to see how social media sites, your likes and fan base are progressing. One great app called Musicmetric is a tool for these; and has a few very above average features. One of the most useful is a way to see where your songs are being downloaded, legitimately or not.

The power of this is great when you get on the phone and try to book a tour, you may save tons in gas money by drawing a road plan based on this data. The “enterprise dashboards” on this app creates reports that any manager would want to see where to up the marketing and phone calls, and where to pull back. When old school phone lines were the only way you had to reach out to venues, you pictured yourself stranded without gas money in a van; at least now GPS apps prevent you from getting lost on the road, a common problem!

In these different times you absolutely have to pursue distribution, instead of just a shoddy YouTube video that doesn’t take debit cards for tracks. Even though folks are complaining that it isn’t what it used to be, online sales and distribution is essential, if just as another part in your tour planning. The Orchard is a platform that also helps with sales and marketing outreach, along with film music placement and individual apps for the budding star.

Just having things like text messaging and cameras really boosted indie bands into the internet spotlight. Of course great social media sites like Facebook and Twitter can be utilized with just adding friends and having a slick appearance. Apps like Weiv can really bring out the true potential of a project in the video realm, as well as Adobe Premiere and other high line editing suites. After you use the killer apps to record the song, the promotional apps to boost it, and the touring apps to crash on the right couch, there is still a long road of work ahead for anyone to become the next true prodigy. But there aren’t many limits to what you can do these days; and these apps for indie bands will get you ready for stage time during your down time.