Honing in on Necessity: Do I Really have to have the latest Gadget? 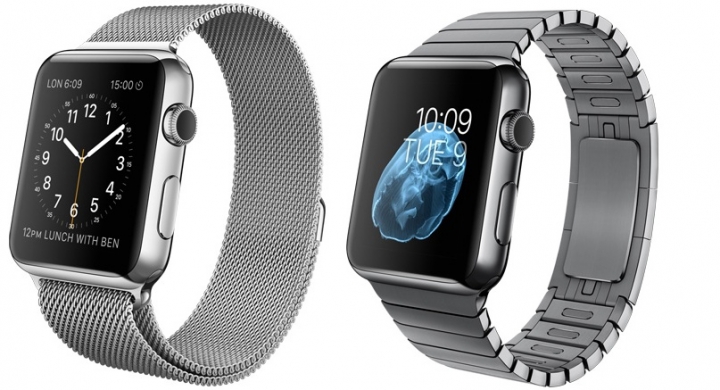 When ads run and you see the next best thing on a preview, it sure is hard to not want to purchase it right away. A statistic that really grabbed us this week is about consumers and exercise devices: 12 percent of consumers plan to buy a wearable fitness monitor over the next year. Within 5 years, 40 percent of consumers plan to do so, and smart thermostats, 3D printers, and HDTVs also rank very high on the list. Home surveillance cameras for safety, and connected car entertainment systems are also high on the list of what consumers really want to purchase over the next year. The Apple watches obviously come under scrutiny: consumers think they will need updating frequently, but that doesn’t stop them from being caught up in the allure of the shiny new wrist piece. One thing is for sure though: a lot of cool stuff comes with it; but for now the smartphone may do more simultaneously.

When in the realm of fitness, it’s evident that everyone does truly “want the next gadget.” And for personal training, some things are going to come out over the next few years that will be the most revolutionary products consumers have seen in awhile. But when consumers today ask themselves certain questions, they wonder what is necessary and what is just cosmetic: this question really arose when cellphones themselves came about. Yes, it was awhile ago already, but remember when cellphones first had the capability to get internet? Even when the connection went up to 3G, things got crazy and providers were already offering different plans. Some capped data and bandwidth, some didn’t; but there was a race on for Nokia, Samsung, and the usual suspects in phone providers that quickly became even more fervent. As far as the necessary upgrades were concerned, the iPhone was all about the camera. Having over a 20 megapixel camera in a phone was all essential when it came out, and the hype over the iPhone was so huge that many consumers didn’t understand what it really offered; but they ran out and got it, due to Apple’s well produced ad campaigns.

When it comes to TV sets, there are a lot of people that upgrade frequently; a little over a decade ago is when it was necessary to make sure you had HDMI ports for streaming devices, and of course the 1080p hi def standard. Now Samsung among others are producing “bendable” TV sets. They are definitely very cool, but do you really need them? Many businesspeople who do a lot of entertaining may feel the need to always have the latest thing in the TV department; if you are the owner of a bar or restaurant it’s important to have good viewing equipment. As far as consumer psychology and the way the money really trickles down, the smartphone department is where consumers have usually been doing whatever it takes to have the newest and fastest device. There is a the general notion that the economy improved greatly lately and people do have money for these devices available, but do they really? Many college students are worried about the loans they are taking out and what will transpire if they can’t find employment when they are done.

Surprisingly, a few individuals are going all the way back to the “stone ages” and getting phones with just talk and text, but we can’t say we recommend that for a good experience; you would lose access to social media. One thing is for sure, the Apple watch craze will be huge and many will buy the gadgets; gauging how much you really need it is always going to be up to the individual. Perhaps if your conscience is tugging at you, supporting a charity that brings new technology to the hands of less fortunate may begin to find that inner peace that.. well lets face it: the gadgets cannot always give you.

Honing in on Necessity: Do I Really have to have the latest Gadget? was last modified: March 16th, 2015 by AMW