New Beautiful Births documentary highlights another side of Pregnancy and Childbirth 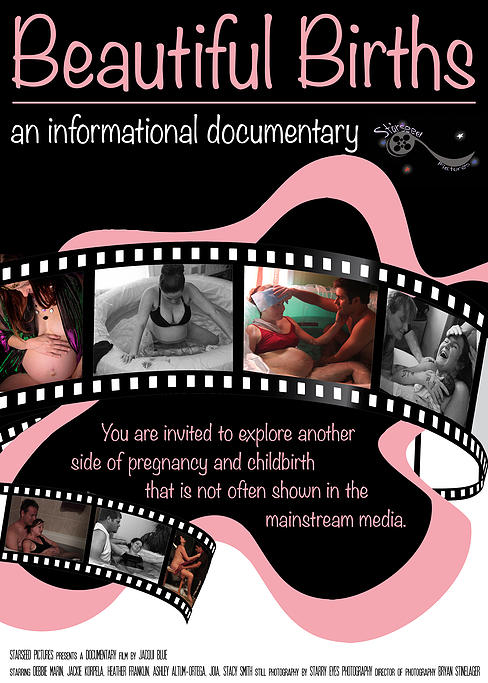 Filmmaker Jacqui Blue is putting the finishing touches on her first documentary Beautiful Births. A touching film, Beautiful Births explores the other side of pregnancy and childbirth through its informative deliverance of natural birthing methods and options. The mini teaser Youtube version has already received over a million views and counting. The official documentary trailer is available at: http://buff.ly/1qX7Sm4

Beautiful Births will debut in a Special Screening with Focus Group (anyone is welcome to purchase a ticket and attend the event but all will be asked to leave feedback for the filmmaker) and Q&A panel featuring Jacqui Blue and several women featured in the film. The event will take place on Monday, September 8, 2014 in Fort Lauderdale at Cinema Paradiso at 7:00pm.

“As women, we’re in a club where we’re able to experience something that men will never understand. And women love to share their stories. They have a need to share their stories about birth,” says Jackie Korpela, Birth Assistant/Doula at Ocala Birth Center and Owner and photographer at Starry Eyes Photography.

The film does a wonderful job of displaying the beauty of childbirth, particularly with its genuine conversational dialogue and emotional appeal. Beautiful Births explores the Midwifery Model of Care and does a good job of playing show and tell of what a birth center is and what it is not. Debbie Marin, Licensed Midwife/Owner of the Hollywood Birth Center in Hollywood, Florida adds, “My birth was so beautiful, my pregnancy, my birth, my breastfeeding experience, that I wanted to share that with other women.”

Three women share their birth stories of in and out of hospital experiences. In this film, information is given on an array of the topics such as why diet matters during pregnancy, cesarean section and the option of vaginal birth after cesarean section. It also touches on the dangers and risks posed by early inductions and interventions in childbirth. Beautiful Births is a must see for all women of childbearing age or anyone interested in pregnancy and childbirth as it explores a more humane and beautiful way to bring a child into the world.

Jessica Fondo has seen the full documentary and adds, “It captured my attention from the beginning and you know how some films lose you in the middle, well, this one didn’t do that, it kept me interested the whole time all the way to the end and then I just wanted more.”

After experiencing both sides of childbirth, hospital and midwifery, Jacqui discovered there was a more pleasant side to natural childbirth than what she had experienced. Armed with the knowledge and new information in hand, Jacqui set out to be a resource and help other women discover the truth about natural birth. For more information on the Beautiful Births documentary premiere or Jacqui Blue please visit: www.BeautifulBirthsDocumentary.com

About Beautiful Births
Beautiful Births is a feature length documentary that invites you to explore another side of pregnancy and childbirth not often shown in mainstream media. Filmed and directed by founder Jacqui Blue, the film’s primary goal is to inform and educate women about natural childbirth using the Midwifery Model of Care and to act as a resource guide that allows women to be aware of their other options.

About Jacqui Blue
Jacqui Blue a is documentary filmmaker, writer, photographer, artist and mother of five sons. Before putting herself through film school, she spent the greater part of the last decade working as a stay at home mom and wife. Having had a Cesarean section with her twins, followed by two very different but successful hospital VBACs, which was then followed by a water birth in a birth center, Jacqui developed a passion for natural birth and fell into “alternative” or “attachment” parenting styles. When she became annoyed with the programming available to women about pregnancy and birth, she decided it was about time for someone to make a film that showed another, a different, a more natural way to bring children into the world.

New Beautiful Births documentary highlights another side of Pregnancy and Childbirth was last modified: August 20th, 2014 by AMW

Previous Post How Streaming Radio has evolved to Benefit Indie Artists
Next Post Toronto rapper K-Slick is back with new music: Rock Bottom and Crime Chronicles 2

It’s through curiosity and looking at opportunities in new ways that we’ve always mapped our path at Dell. There’s always an opportunity to make a difference.