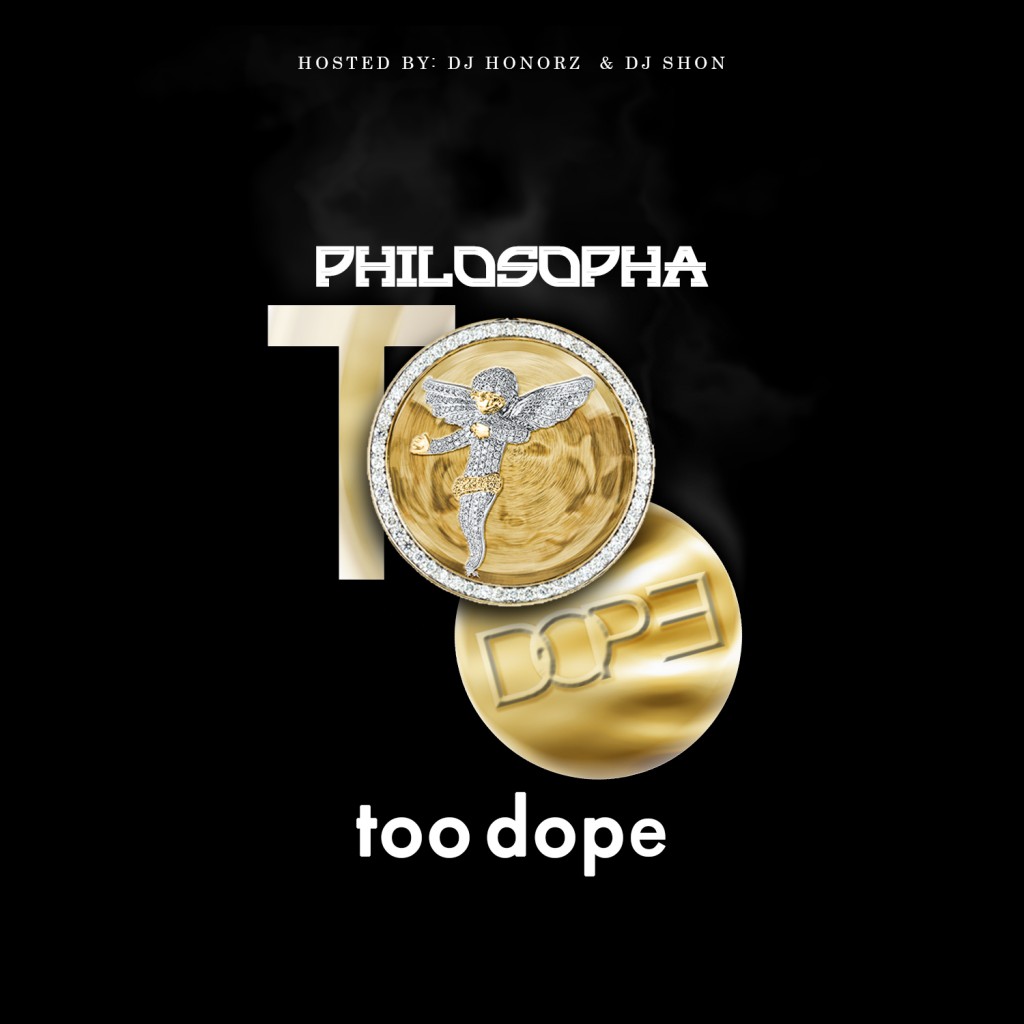 Los Angeles, CA – Tuesday, Sep 16, 2014 – With a newly released single behind him, Philosopha has announced the release of his much anticipated debut album, Too Dope. The new album is 14-tracks of bass thumping, high-energy modern day hip hop featuring the Chicago rapper’s hit single, “Strong” – the official music video for “Strong” debuts today and can be viewed on YouTube. To grab your copy of Too Dope visit: http://buff.ly/Xr4TF4 – an exclusive DJ version is also available at LiveMixtapes.com

Too Dope features production work from music producers King Zof, Dave the King, Shake 3 Production, Law Beatz, Joe Joe, Trill Gates and Timmy the Hittman. With Philosopha covering most of the tracks solo, he also collaborated with rappers Mikey Dollaz, Castro, Asa Asa, Nino Punchlines and Grammy Award winning recording artist Really Doe on several of the album’s singles. His singles, “All I Know” and “Work” were released earlier this summer creating a noticeable buzz amongst fans and several hip hop blogs. Known for his edgy street persona, Philosopha’s modern appeal offers listeners more than just catchy hooks and anthems; He works to create music that people can relate to and identify with.

Philosopha just wrapped up an album listening event at Complex 2010 in Chicago that featured an exclusive listening session of the new album and a host of guests, artists and music industry insiders. He’s planning to hit the round on a promo tour this fall in support of his newly released album.


Chicago is a melting pot for musical talent meshing many different styles and influences. Philosopha embodies the pulse of Chicago by delivering the raw energy and passion that made the Windy City famous Worldwide. Philosopha takes fans on an emotional rollercoaster ride with a high octane stage show, party anthems, and club hits that can get any crowd out of their seats. Giving the listener a unique experience, Philosopha draws comparisons to the street savvy of T.I., the Migo’s edginess, and Andre 3000’s creativity. Philosopha has opened up for some of the industry’s most popular names in Hip Hop.