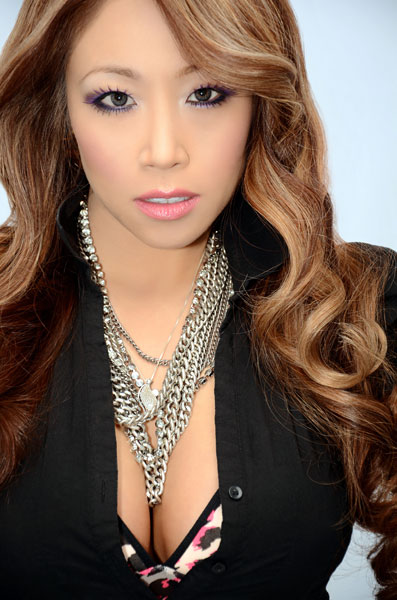 Pop/dance songstress Sophia Shy will be debuting the music video for her newly released single, ‘I Don’t Wanna Miss’ this spring.

As the newest addition to 700 Hit Season, Sophia Shy’s new tracks are apart of her formal introduction to the electronic dance music scene.  The perfect mix of house and pop music ‘I Don’t Wanna Miss’ displays Shy’s vocal talent and ability to engage the crowd during her live stage performance.

“Working with 7 was tremendous,” said Sophia Shy. “To bypass the demo stage and get directly into the studio working on custom tracks tailored for radio was a great experience!”  She continues, “I learned a lot and understand all aspects of professional recording, and draft hits was amazing. I look forward to recording an album and coming out with the best songs possible. I truly am blessed to even get to this stage!”

Her first single ‘Won’t Stop Your Love’, also produced and co-written by Channel 7 is a bouncy house anthem. The single’s music video brings the song to life. It features an animation-styled storyline contouring the superhero Sophia Shy becomes to complete the quest of love. Steadily gaining momentum throughout the US market ‘Won’t Stop Your Love’ is currently rotating on many stations; now ‘I Don’t Wanna Miss’ will soon follow suit.

Sophia Shy will be touring this summer. As an International artist she’s garnered many new fans not only stateside but also in Tokyo and Paris.  She’ll be performing both hit singles, ‘I Don’t Wanna Miss’ and Won’t Stop Your Love at the iShowcase Music event in Toronto on Saturday, March 30th.

Found by music genius 7Aurelius, Sophia Shy is a performing artist/writer who started early as a kid working on her craft as her inspirations stem from Michael Jackson, Whitney Houston, and Madonna.

Two-thousand and eleven was the jumpstart for Sophia’s career. She finally got her chance to work with a top record producer, giving her the opportunity to define her sound. With three major tracks now completed, she started 2012 summer with the release of  ‘Won’t Stop Your Love’ a music video with an animation storyline contouring the superhero she becomes to complete the quest of love. Future singles include ‘Don’t Wanna Miss’ and ‘Break Your Heart Tonight’.

‘Won’t Stop Your Love’ is now spinning throughout the United States and continues to gain momentum. Working with a world-renowned music producer, 7 Aurelius, who has crafted a track record of hits for major international artist, has added the additional ammunition needed to highlight Sophia Shy’s vocals. It is an endless growth and just the beginning of a fresh new start with a kick ass sound for this upcoming artist.

With popularity stirring up around who she is and what she is about, it’s just a matter of time before Sophia Shy show the world that she is highly capable of being a household name.

Stay tuned for more on this upcoming artist.