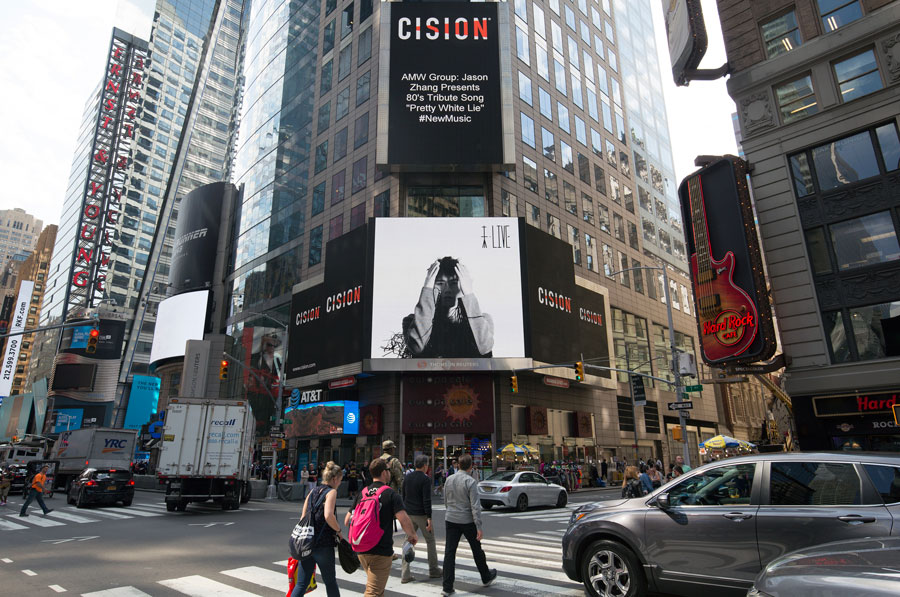 A vital part of promoting your music is to constantly showcase it to as many people as possible. What better place to broadcast your latest release than in Times Square, where approximately 415,000 people drive and walk through every day? Recently, we displayed the title song artwork of our client Chinese pop star Jason Zhang’s latest EP “FUTURE·LIVE” in front of those thousands of people on Reuters Sign in the heart of Times Square. At 22 stories tall and over 7,000 square feet, the Reuters Sign is one of the largest digital signs in the world.