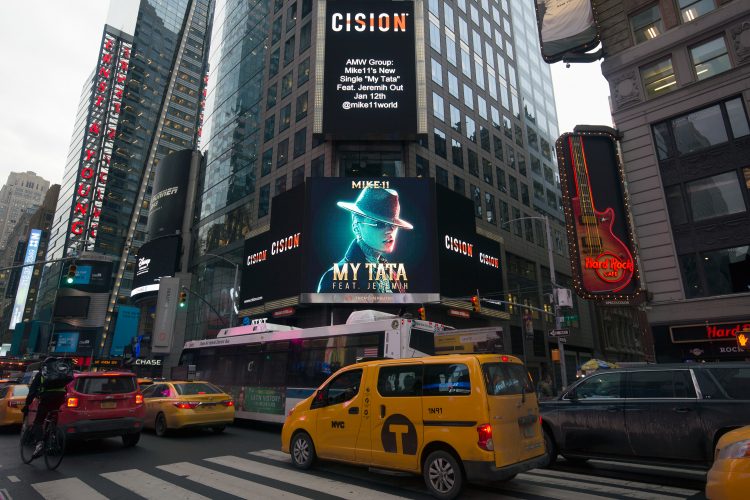 If you’re in New York on the corner of 43rd and Broadway, look to the giant 23 story high billboard on the Reuters Building to catch a glimpse of the hottest song of the new year, “My Tata” by Mike11. The energy of the city and the people are a perfect match for the intensity of the track. “My Tata,” features R&B singer Jeremih letting loose a sultry flow as he searches for his ‘Tata,’ his ideal woman.

Mike11 is a musician, songwriter, and producer from Lisbon, Portugal. He is one of the few people in the world who plays the Portuguese guitar, which he learned to play under the instruction of the renowned guitarist Arménio de Melo. Influenced by the legendary Carlos Santana, Mike11 uses his unique talent to infuse hip-hop and R&B songs with captivating new sounds. Mike11’s next release, “My Tata,” features R&B singer Jeremih.