The Last Play at Shea 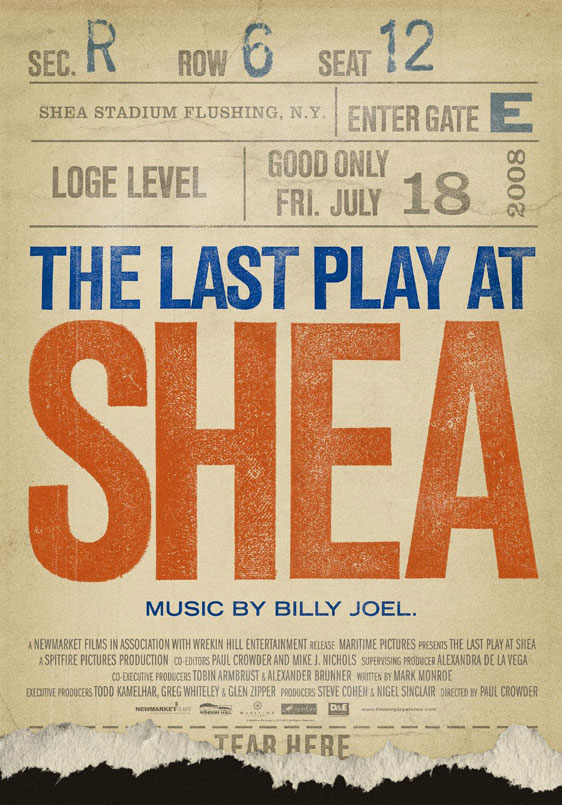 The Last Play at Shea is a new documentary with music by Billy Joel intended to escape the traditional narrative and current trend of biographical rock documentaries.

The Last Play at Shea chronicles the waning days of Shea Stadium through performances and historical documentary while providing audiences with a pop-culture snapshot of a seminal era in New York history.

The Last Play at Shea world premiered at the 2010 Tribeca Film Festival and is directed by Paul Crowder and produced by Nigel Sinclair and Steve Cohen, in cooperation with Billy Joel’s Maritime Pictures.

Visit the official website www.thelastplayatshea.com for showtimes and further information.

The first one gets the oyster the second gets the shell.